It isn't only young people who are helping China go digital as seniors are picking up new tricks in e-commerce and digital payments as well, continuing to secure the nation's position as a leader in e-payments.

Eighty-year-old Yan Xiuying began to use a smartphone last year. “The smartphone seemed too complicated for me until I saw my sister using one. I thought, if she is able to figure it out, I can too. So, I asked my son to buy one for me,” Yan said.

In order to learn how to use her phone better, Yan decided to attend courses offered by See Young, a Beijing-based non-profit group with a mission to help the elderly harness technology.

Among the popular courses that See Young offers are introductions to mobile payments, online shopping, online hospital registrations, and how to edit photos using apps.

Zhang Jiaxin founded See Young seven years ago, when he was an undergraduate at the Beijing University of Posts and Telecommunications. 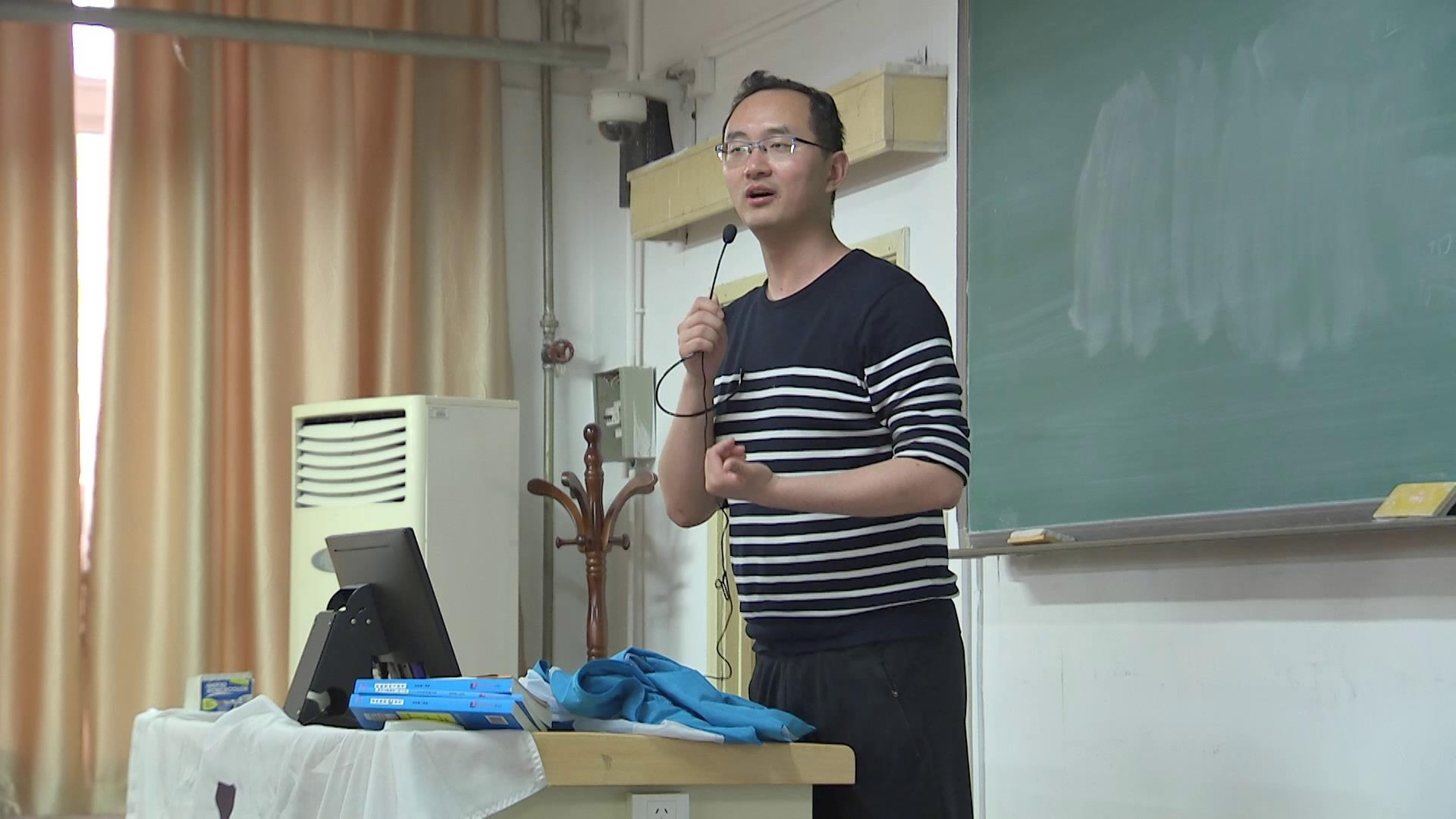 "I wanted to make life easier for the seniors. I came up with the idea while teaching my grandmother. In China, there are many elderly people like my grandma, who are not fluent in computers or other modern gadgets," Zhang said.

Aging poses many challenges, such as diminished eyesight, memory loss, and decreased agility. For the elderly, learning how to use smartphone apps is not a simple task. 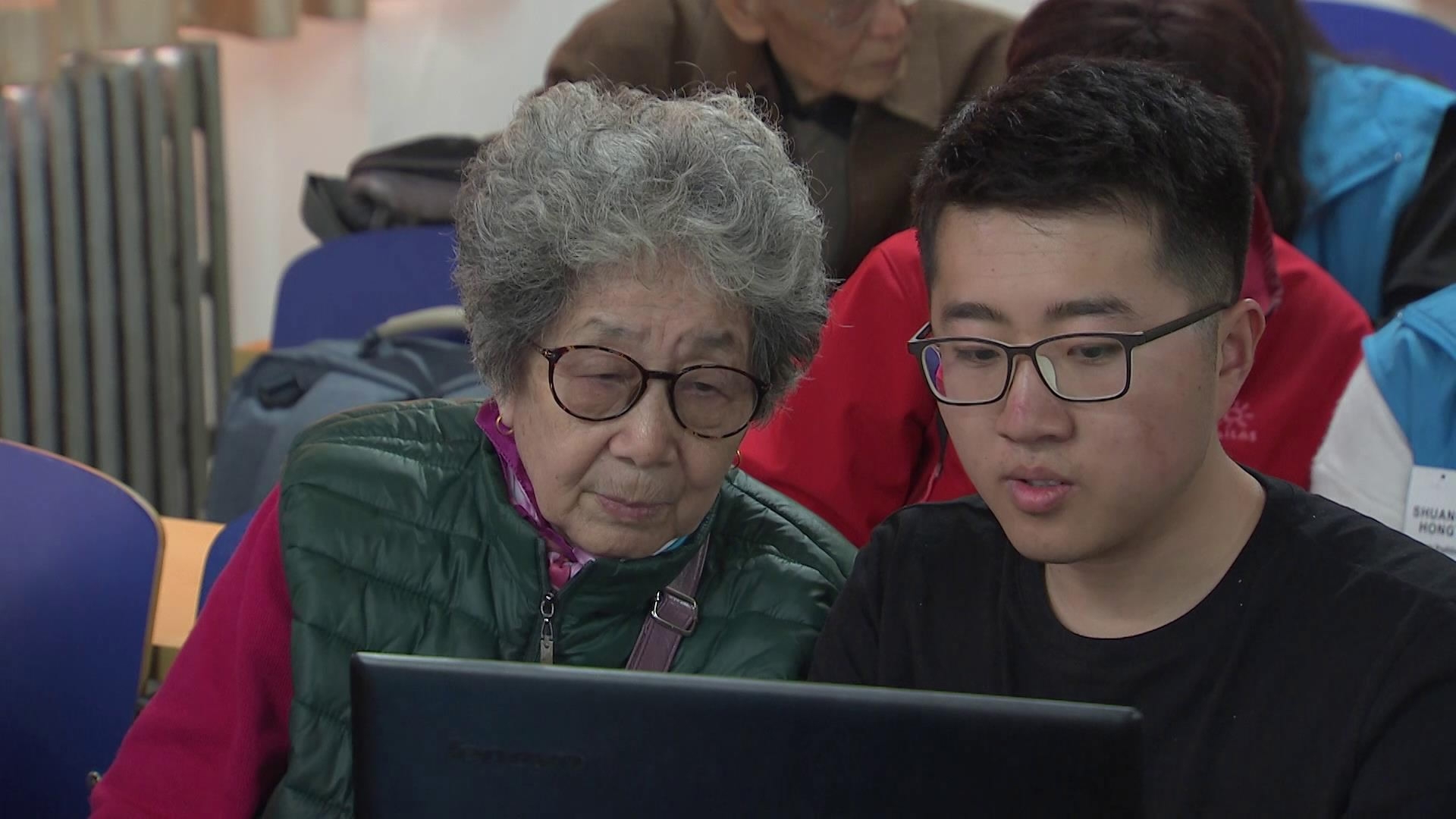 A retiree guided by a See Young volunteer. / CGTN Photo.

With the effort of thousands of student volunteers, See Young has helped more than 18,000 senior citizens across China since 2011.

Liu Fu is a quick learner among his peers. The 79-year-old retiree has been using a smart phone for five years. He is now capable of using mobile payments to shop at nearby convenience stores.

After completing the online shopping course, Liu said he has the confidence to shop online by himself, but he is afraid his daughter may disapprove. This is because his daughter always worries that he may become a victim of online fraud. 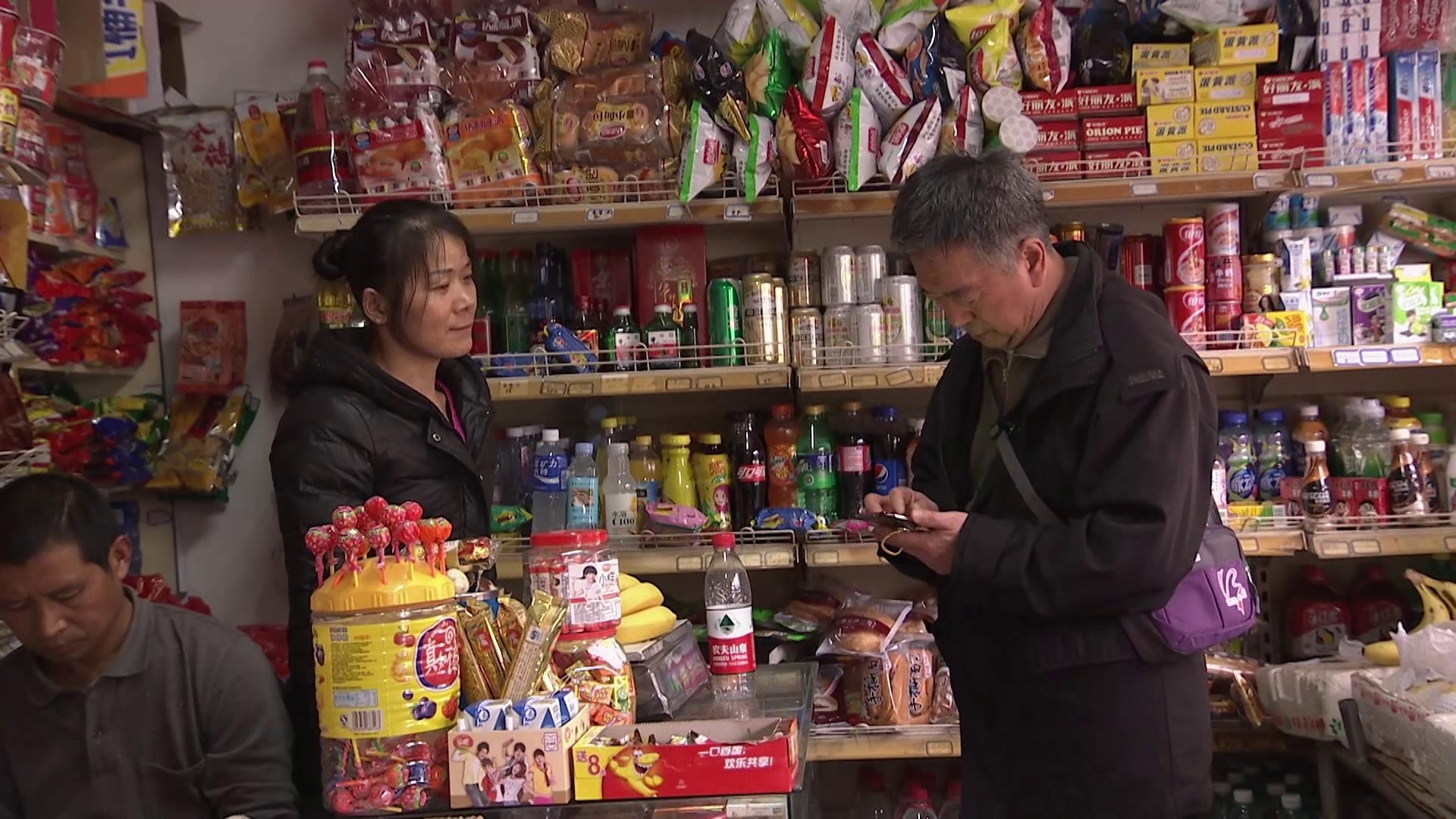 “I understand her concerns, but I don't want to bother her with shopping for me very often. I want to buy some necessities online by myself,” Liu added.

In order to win over elderly customers like Liu Fu, Chinese e-commerce giant Alibaba launched a special version of its popular mobile app Taobao earlier this year to tap into what's been called the silver economy.

The new version has larger print and easier access to functions popular with senior citizens. One important feature is that it allows the adult children of the elderly to link their accounts and pay for the purchases. 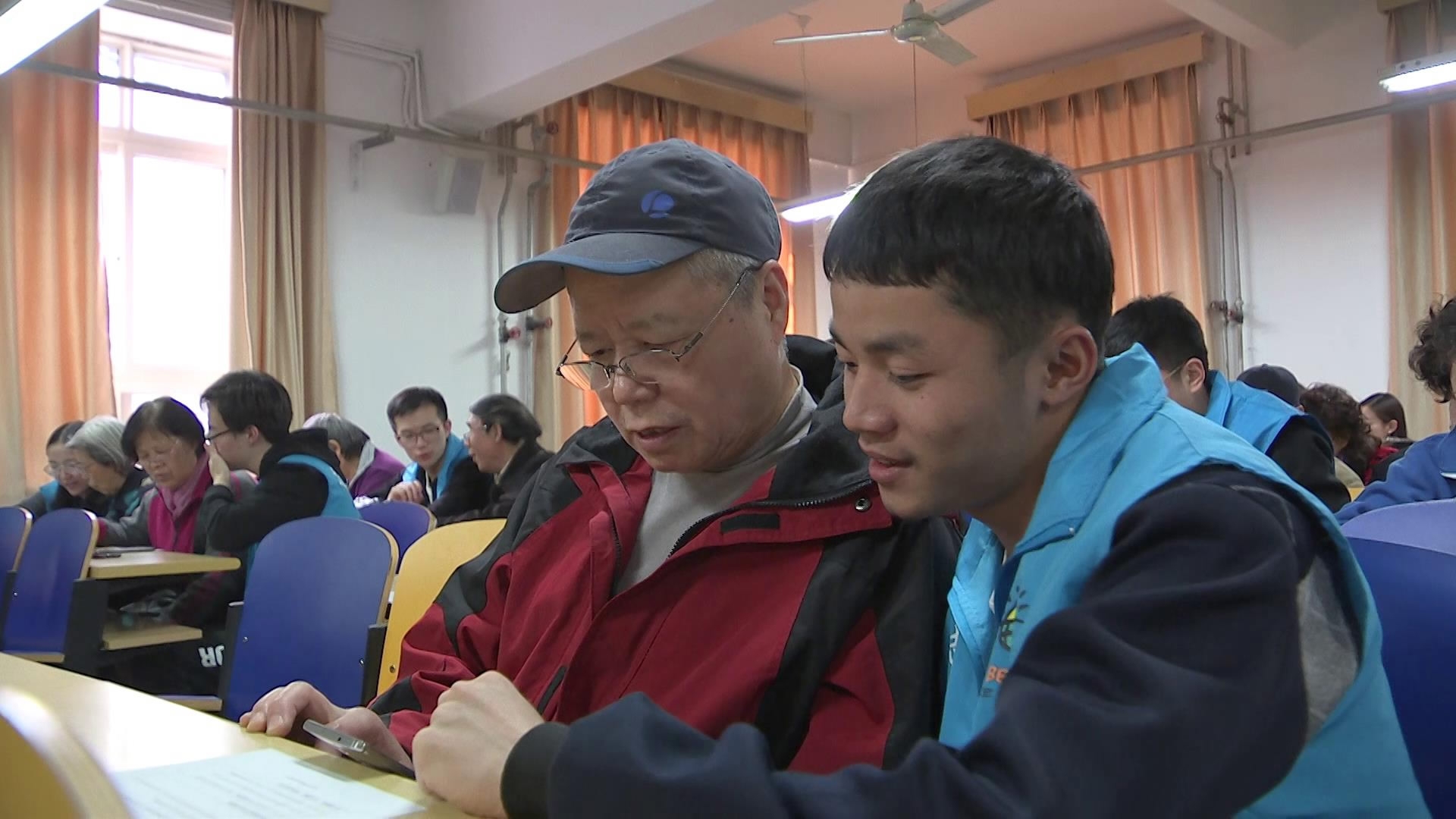 An elder and a See Young volunteer. / CGTN Photo

China is an aging nation. At the end of 2017, the country had more than 230 million people over the age of 60. It is estimated that by 2030, the elderly will account for a quarter of China's total population. In the digital era, a gap in the silver economy is waiting to be filled. The market may drive more companies to empower both the young and the old.